As somebody who lived through the 2010s, Taylor Swift is somebody who I could not avoid hearing about. As a teenager who’s passionate about songwriting, the power of words, and music, Taylor Swift is somebody I cannot avoid caring about. My choice of eminent person this year reflects my interests and my goals, and I have been a fan of Swift for a long time for the same reasons I chose her to be my eminent person. I aspire to be as articulate, courageous, and motivated as she is; her bravery and drive have allowed her to reach goals that I one day aspire to achieve. In T.A.L.O.N.S., we are often encouraged to focus on what interests us and be self-directed, and as somebody who released her first album 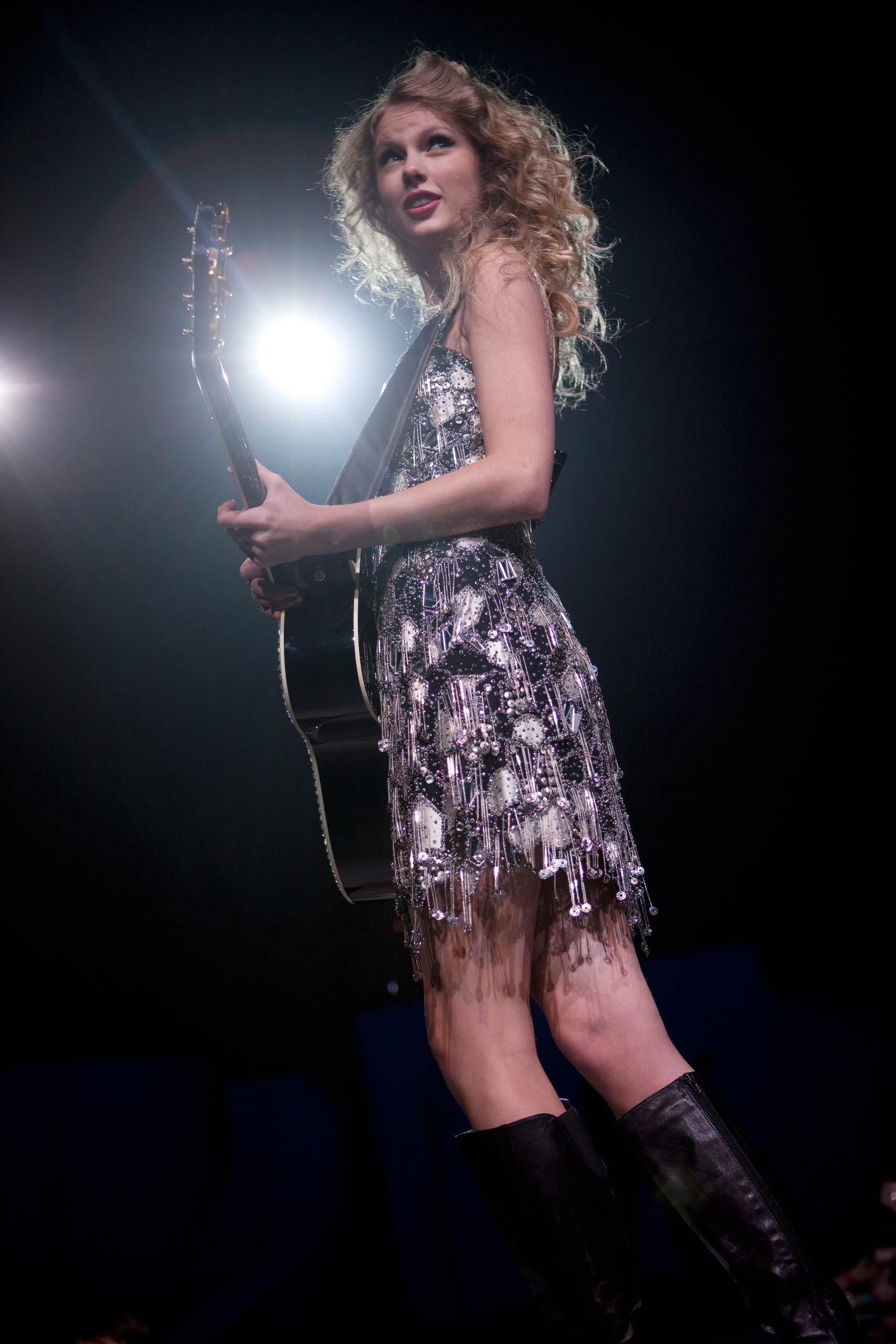 at age 16, made her family relocate to Nashville so she could be closer to the heart of country music and wrote songs about her experiences all throughout her journey of growing up (Ray, 2021), Taylor Swift is somebody who does those things. Of course, not every aspect of who Swift is lines up with who I am or want to be. Taylor Swift, as a Christian woman from the southern United States (Bleznak, 2020) who seems to have grown up in a very well-off family (Timberg, 2015), has a different set of life experiences and subjects that are important to her than I do. While most of her music is intensely relatable, some of the themes she talks about and points she iterates vary from my own ideas and experiences, yet that has the potential to make doing research on her even more valuable.

On the topic of research, I have learned that Taylor Swift has received both the Artist of the Decade Award at the American Music Awards (Fekadu, 2019) and been named Billboard’s Woman of the Decade (Schiller, 2019) during my preliminary research phase. While awards are not the only metric for success, these awards clearly demonstrate a consensus around the music industry that Swift is one of the most eminent and important artists of our decade. 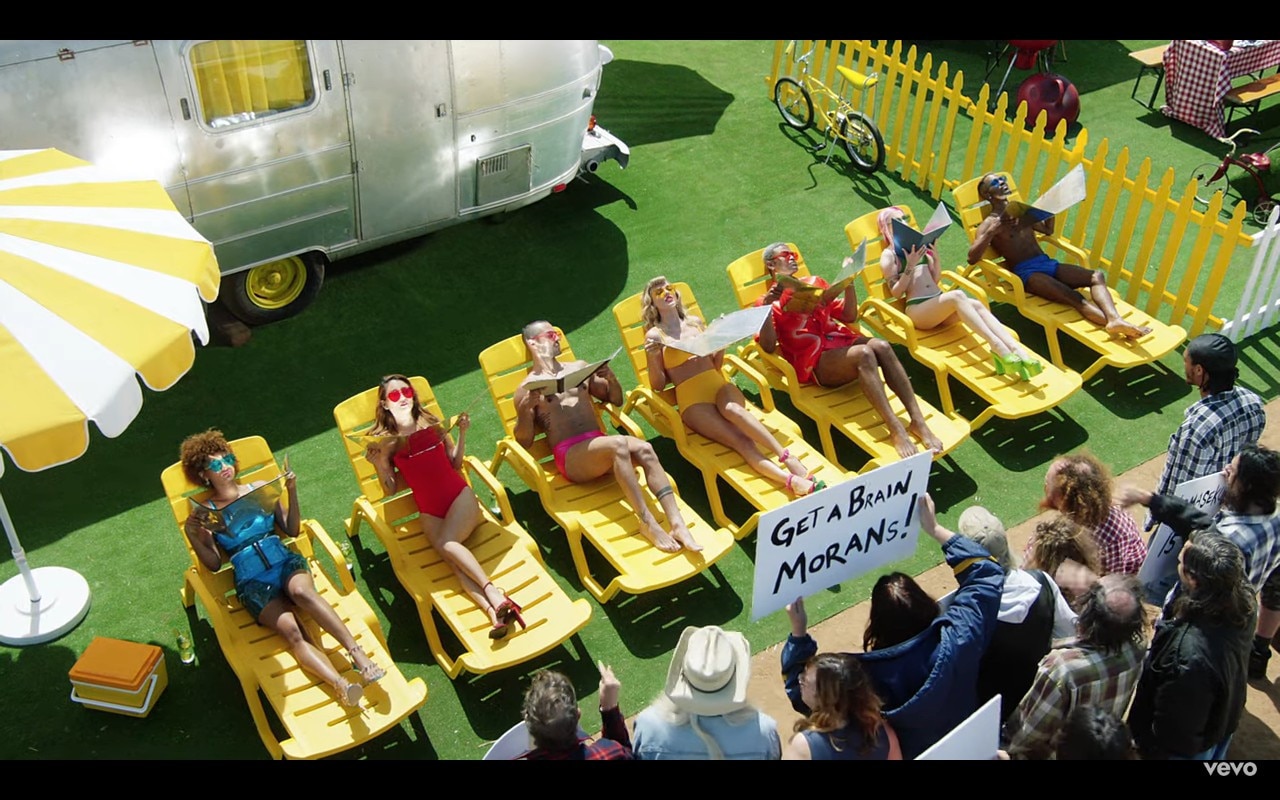 From advocating for artists’ rights to writing songs about supporting and uplifting marginalized groups (namely “You Need To Calm Down”) to influencing politics (Bleznak, 2020) and advocating for the rights of women in the music industry, Taylor Swift’s impact on pop culture is not only set in stone with numerous awards but also very positive. As the definitive pop artist of the 2010s, her choice to advocate for the rights of women in the music industry will ripple on for decades (If you’d like, watch her Billboard Woman of the Decade acceptance speech here, it is bold, feminist, and relevant to almost everything discussed here on her impact) and it shows through in the artists that have credited her as an inspiration. Olivia Rodrigo (Silverman, 2021), Billie Eilish (Konecky, 2019), and more prominent artists of any gender hitting the charts today around the world have been inspired to boldly follow their dreams because of Taylor Swift; Billie Eilish referenced Taylor Swift when she accepted the 2019 Billboard Woman of the Year

Award, saying  “In 2014, she won this award, and she basically said, ‘Right now, your future woman of the year is somewhere in a piano lesson, in a choir, and we need to take care of her… I was 11 at the time, and I was in a choir and learning to play piano, and you took care of me. Thank you.” (Konecky, 2019). Taylor Swift’s legacy will continue to trickle down from musician to musician, and the list of those she has touched is already extensive. Like anybody who has reached great success, she has faced challenges on her path to the success she has today, from being sexually assaulted on a radio show at the beginning of her career (“Taylor Swift Sexual Assault Case: Why is it significant?”, 2017) to her struggles with being demonized by the media as a rising female artist (Wilson, 2020). However, something I find inspiring about Taylor Swift is her ability to continue making the art she loves and advocating for what she believes in regardless of how people perceive her. She has admitted in her 2020 documentary film “Miss Americana” that she struggled with letting go of others’ perceptions of her in the past, but today she has clearly learned to move beyond that, and I find that to be one of the most important things we can take away from her story. Besides Taylor Swift’s record-breaking, deeply touching, and unique songwriting and performing style, her personal growth is what truly sets her apart from the crowd.

My goal for the next phase of learning:

My goal for the next phase of my learning is to learn about the ways in which Taylor Swift reached her level of success because it is an admirable level of success and I want to know what goes into that (besides the obvious hard work and talent). Is it a great image? Something unique? Sheer luck? I want to try and investigate which combination of factors it is to better understand both Swift’s talents and how the industry works (and also, I hope to emulate some strategies for myself…)

Bleznak, B. (2020). Taylor Swift On Her Religious Beliefs And The ‘Sinister Ways’ Politicians Hide Behind ‘Family Values’. CheatSheet.

Konecky, P. (2019). Billie Eilish Thanked Taylor Swift For “Taking Care Of Her” as Billboard’s Woman of the Year. Popsugar.

Taylor Swift sexual assault case: Why is it significant? (2017). BBC.

Timberg, P. (2015). Taylor Swift is not an “underdog”: The real story of her 1 percent upbringing that the New York Times won’t tell you. Salon. https://www.salon.com/2015/05/22/taylor_swift_is_not_an_underdog_the_real_story_about_her_1_percent_upbringing_that_the_new_york_times_wont_tell_you/?utm_source=twitter&utm_medium=socialflow