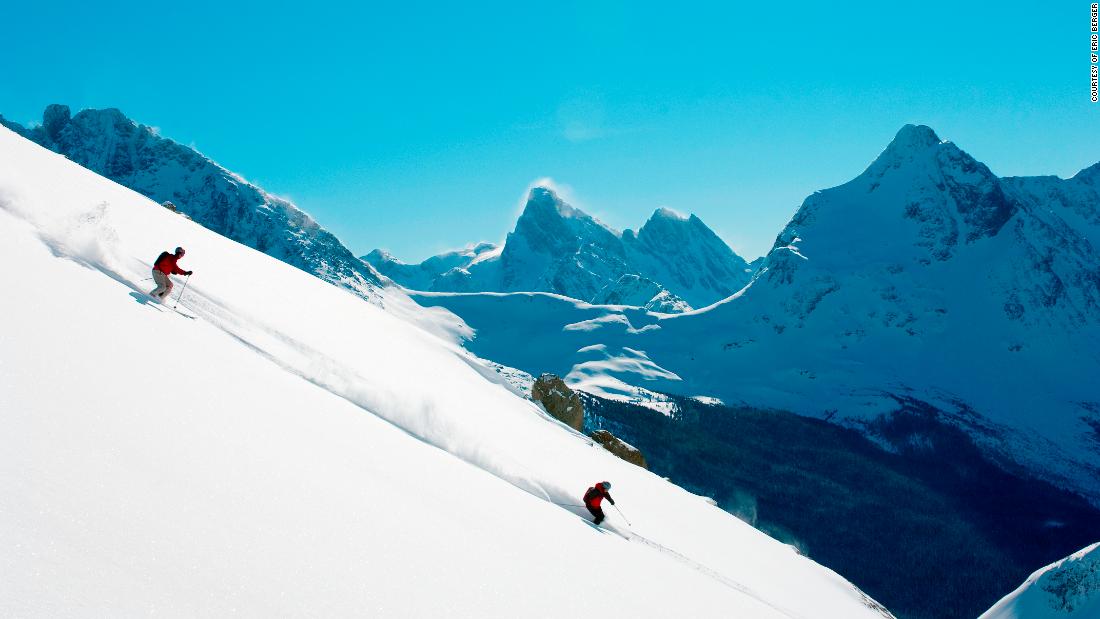 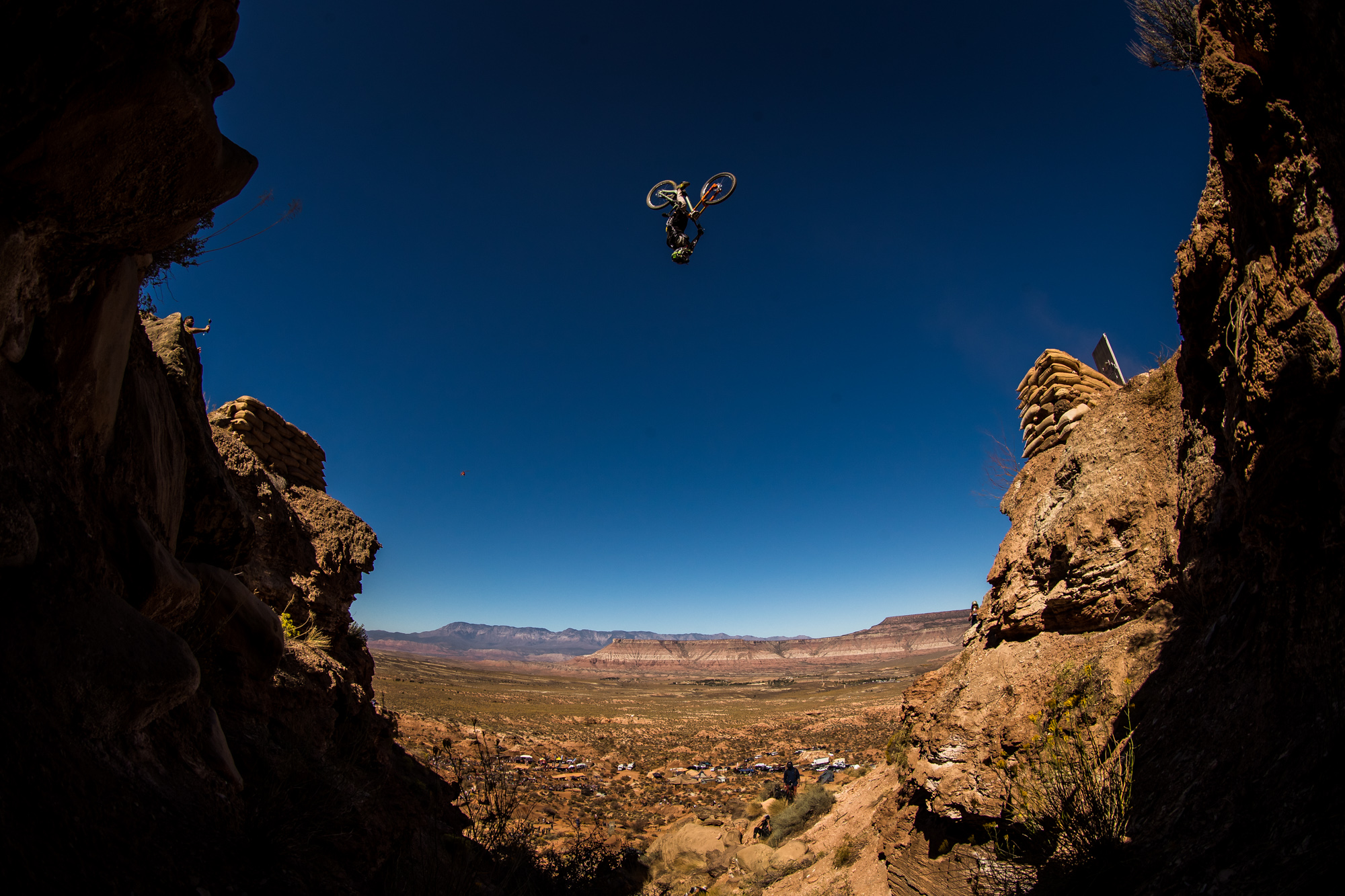 In the last two weeks, I didn’t practice any new skills however spent time trying to refine the skills I learned in previous weeks, so I don’t have as much to say, just go over what I practiced and what went well. I went out with my friend Greg to get some photos of the trail he built and of him riding the jumps. This was the first time that I tried taking photos of jumps because they’re much harder to time and require a much faster shutter speed to capture. On top of that, I tried taking a few still shots to show off the trail which I’ll include even though they aren’t action photography. I went into the shoot with no expectations but came out pleasantly surprised with the turnouts. I also focused on trying to include as much greenery as possible to add more depth of field to the photo and make it more interesting. Finally, the day we went was brighter than previous days and in a more open area which let me use a much faster shutter speed. This first photo I took was simply of the trail sign with the trees and sky in the background, and again, the blog site significantly reduces the image quality. I like the colours in the photo and how everything in the background is out of focus, making the focal point on the trail sign and the center tree. Also, because there was no moving subject, I ran a much slower shutter speed around 1/40 of a second, which let much more light into the camera. It’s hard to tell from the blog but that made a noticeable difference with the graininess of the photo after photoshop. With this second photo, it was supposed to be more of a lifestyle/behind-the-scenes type of photo while showing off the jump at the same time. As with the first shot, there was no moving subject, so I ran the shutter speed slow for more light. I also used a deeper depth of field so that the takeoff and landing would be in focus as well as Greg and the trees. Finally, in photoshop I gave the photo a warmer tone to bring some more attention to Greg and the jump as opposed to the trees. In the third photo, I wanted to bring more attention to the forest than to the subject. I did this by using a deeper depth of field on the camera and increasing the vibrance and using a green filter in photoshop. Because he was moving in this photo, I had to run a much faster shutter speed, because of how open it was I was able to do 1/700 of a second which completely froze him. This also made the photo a little grainier because I had to use ISO and photoshop to compensate for the lack of light. In the fourth and fifth photos, I wanted to make the attention more on Greg as it was a bigger jump, and he was putting more style into it. For both, I got as low to the ground as possible to make the jump look more like its real size and keep trying until I got the perfect timing. This was difficult because my camera doesn’t have a good burst mode, so I was trying to time it perfectly with a single shot. I also learned that 1/700 was faster than needed so I did a 1/500 shutter speed so that I could get more light and have the photo come out more clearly. In photoshop I brightened both photos and increased the vibrance to make the whole photo stand out more. Finally, this was my favorite photo from the day, I find that it does a good job of focusing on the rider while also telling a story of the surroundings. I followed the rule of thirds to divide the photo into 1/3 is the subject and 2/3 is the surroundings. I also love how you can only see the takeoff of the jump and it almost looks like he’s jumping into the forest. I spent a while trying to find an angle where I could pull that off and hide the dirt as my mentor told me in our last meeting. For shutter speed, I used 1/400 of a second but I wish I used a faster one as the freeze isn’t perfect however it’s not noticeable without looking really closely. In photoshop I zoomed in on the photo more for the rule of thirds, increased the brightness, and vibrance, and gave it a green filter to make the forest stand out more. With this photo, I just wish the shutter speed was slightly faster and the photo was a little brighter.

For my in-depth night presentation, I want to present on stage and show a few photos, and talk about them. What I was thinking was showing a couple of photos on the projector from the very start of the project then a couple of my favorite photos from the end. I’ll talk about what it took to get from the first photos to the end. I’ll say why they’re better, what’s different about them and how I achieved the progression. I will try and take some more photos before my presentation so it’s hard to say exactly what will be better about the newer photos but some of the main points will be, shutter speed, depth of field, angle, and color filter. To prepare for the night, I will take some more photos probably similar to the ones included in this post, and prepare a tentative script of what to say.

Overall, In-Depth this year has been great, there were some hurdles to get over at the start however throughout the project everything started to work out. I progressed at my topic a lot faster than I thought I think mainly due to photography class in the first semester and having strong ideas of what I wanted to shoot thanks to my love for the sport. Even though the project is technically over, I will have a few more meetings to wrap up with my mentor. I will also for sure be continuing to take photos as I find it relaxing, and enjoyable and it’s awesome to see people happy with the photos I get of them. There’s also a few more skills I want to work on in my own time that I didn’t get the chance to yet.