The Journey of a TALONS Student

Rachel Carson: The Beginning of a New Chapter

“Those who contemplate the beauty of the earth find reserves of strength that will endure as long as life lasts. There is something infinitely healing in the repeated refrains of nature – the assurance that dawn comes after night, and spring after winter.” ― Rachel Carson, Silent Spring 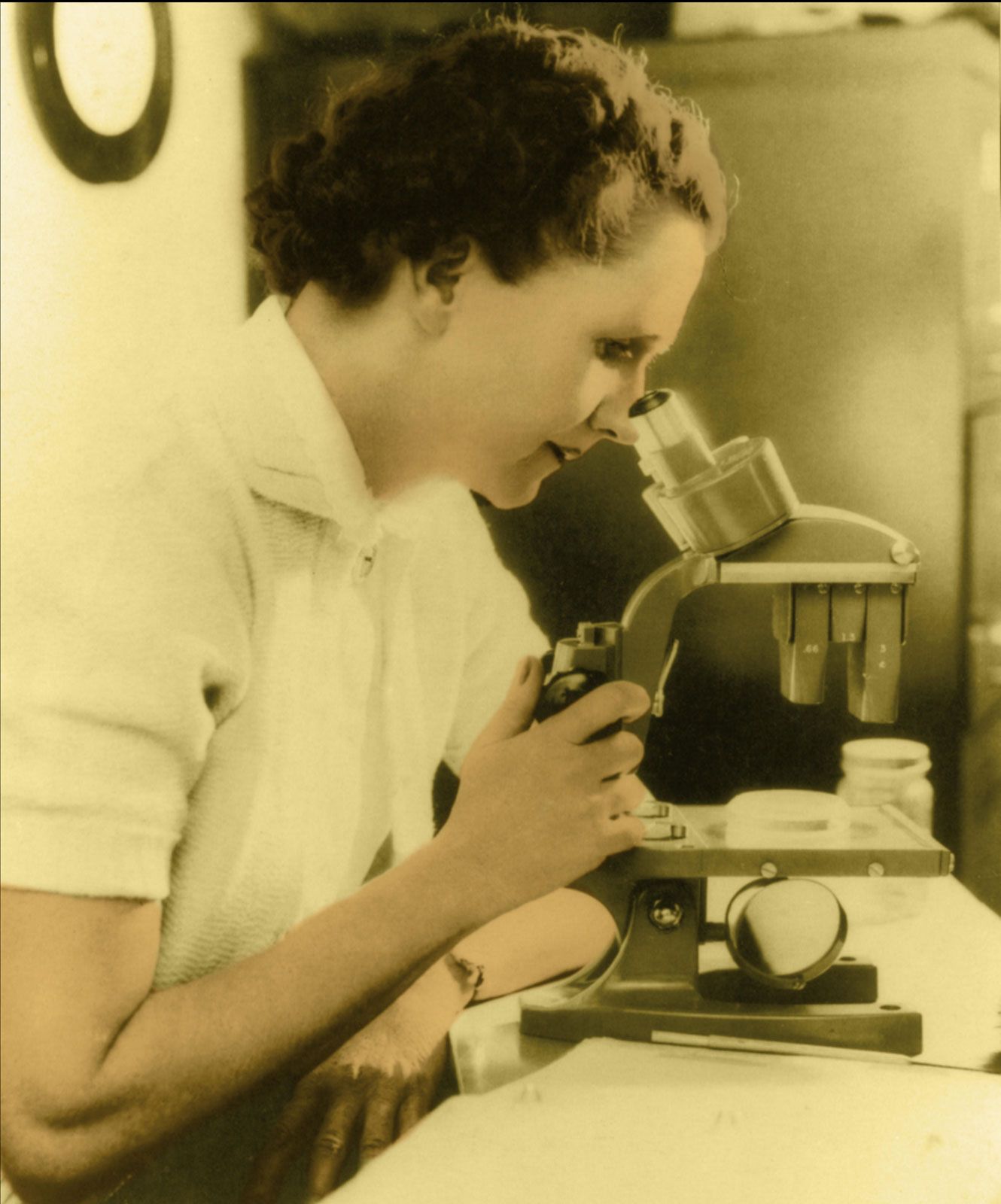 Widely recognized as the mother of modern environmentalism, Rachel Carson devoted her life to sharing her deep interest in the natural world. She appreciated that every “outthrust headland, every curving beach, [and] every grain of sand” holds the story of the earth, and believed it to be her duty to maintain this story and share it with future generations. Undoubtedly, she will be remembered for her numerous contributions, which include her positive and effective approach towards learning, her unprecedented style of writing, and her honourable motives. I am deeply inspired by Carson’s belief in the beauty and integrity of life and her continuous efforts to inspire new generations to protect the living world.

To begin, Rachel Carson’s eminence is outlined by the positive and tangible difference she made in the world. First of all, Carson demonstrated considerable talent and an eager attitude towards learning. In 1935, she took federal civil service examinations in several zoological areas, such as parasitology, wildlife biology, and aquatic biology, scoring higher than any previous female applicant. She also taught at the University of Maryland for five years. 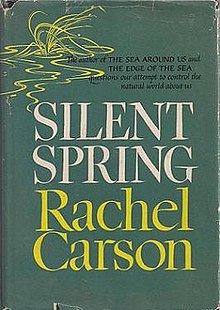 Next, Carson, who had always planned to become a writer, developed a highly individual style that featured a combination of scientific accuracy, thoroughness and an elegant, lyrical prose element. She spent fifteen years in the federal service by working as a scientist and editor for all publications by the U.S. Fish and Wildlife Service, then proceeded to publish articles and books designed to teach people about the wonder and beauty of the living world. Most importantly, she continued to use her literary talents to constitute a biography of the ocean and to warn the public about the dangers of misusing pesticides. In her book, Silent Spring, which remains to be one of the most influential books in the modern environmental movement, Carson outlines the issue of pesticides by challenging the practices of agricultural scientists and the government. Her call for change in the way humankind viewed the natural world resulted in the creation of the U.S. Environmental Protection Agency, and induced the Clean Air Act, the Wilderness Act, the National Environmental Policy Act, the Clean Water Act, and the Endangered Species Act. Undoubtedly, Rachel Carson will be remembered for affecting change. Whether in ten years, fifty years, or a hundred years, her countless contributions to conservation cannot be denied.

Seeing these accomplishments prompted me to learn more about Rachel Carson. Upon reading about her life, hardships, and achievements, I was instantly drawn to her. One of Carson’s characteristics that caught my attention is the way she perceived the world. She came to see it as “beautiful, wild, animal, and vulnerable, each part attached to every other part” (Jill Lepore). This unique view was the accumulated result of a life-long love of nature, the pain she experienced as she cared for her motherless nieces, and her adventurous journeys in the living world. For decades, she had played in the orchards, scrambled down rocks, and waded into tide pools, thinking about how one thing can change another. I am also inspired by Rachel Carson’s choices and accomplishments. Throughout her life, Carson continuously made selfless decisions to ensure the health of the planet. Her hard work and dedication to her cause render her an undoubtedly eminent person. Most importantly, I am drawn to the similarities we share. For instance, Carson always assumed she would become a writer, just as I believed that I would come to express my ideas through my writing ever since I was a young child. Although I am not completely set on pursuing language arts in my career, I am certain that it will be an important element of my future. Moreover, Carson’s mother bequeathed to her a life-long love for nature, similar to how my parents encouraged me to observe the beauty of the world around me. From a young age, they supported me to travel around the world, often venturing to the most remote places to seek a more intimate connection with nature and wildlife. These similarities of passions, interests, and upbringing have enabled me to relate to Rachel Carson on a very personal level.

As I delved deeper, I realized that it was easy for me to connect with the accomplished writer and marine biologist. I discovered many qualities that I felt I shared in common with Carson, and I also found that she had several qualities that I aspire to emulate. Like me, she was determined, persevering, and passionate about her goal. Moreover, not only was she thoughtful and detail-oriented, but she was also bold and pioneering. I hope to learn from these last two traits, as one of my goals in TALONS is to push myself outside of my comfort zone. I want to be able to grow alongside my peers in this program and develop social and leadership skills that will benefit me for the rest of my life. I also want to learn from Rachel Carson’s ability to express herself and speak up for what she believed in, even when she faced numerous challenges and difficulties. To do this, I will continue to research Carson’s process of alerting the government to the dangers of pesticides.

However, I wasn’t able to connect with everything Rachel Carson had to face. Whereas her family struggled financially, I was fortunate enough to have grown up with a stable source of income. While she grew up on farmland, I grew up in cities, accustomed to the ease of transport and the numerous educational opportunities that were available to me. Even though she had to live through several losses of family and friends, take care of a sick mother alongside three orphaned children, and battle breast cancer for eighteen years, I am thankful to have lost very few loved ones and have been relatively healthy since my birth. Although these barriers in connection are not overly difficult to overcome, I believe that it is still important to address them in my speech, in which I will explain the eminence of Rachel Carson. Although it is nearly impossible to relate to and imagine certain hardships without experiencing them for myself, these events were significant in Carson’s life. By ignoring them or pretending that I could understand some of the challenges she had to go through, I would be being disrespectful and inconsiderate. As a result, I am considering mentioning these unfortunate events appropriately by ensuring that I am not making assumptions about her emotions during this time.

To overcome challenges and pursue her dreams, Rachel Carson was willing to take risks in her learning and growth. First of all, as she was a woman, Carson was often discredited. Chemical companies would label her as a Communist or a hysterical woman, and a considerable number of her poems were rejected by magazines. When her book “Under the Sea-Wind” became a best-seller, reviewers mocked her by supposing that she must be half-man. Despite these inappropriate comments, Carson continued to express her ideas through her writing. Instead of letting the negativity of others dampen her spirits, she wanted to prove them wrong. 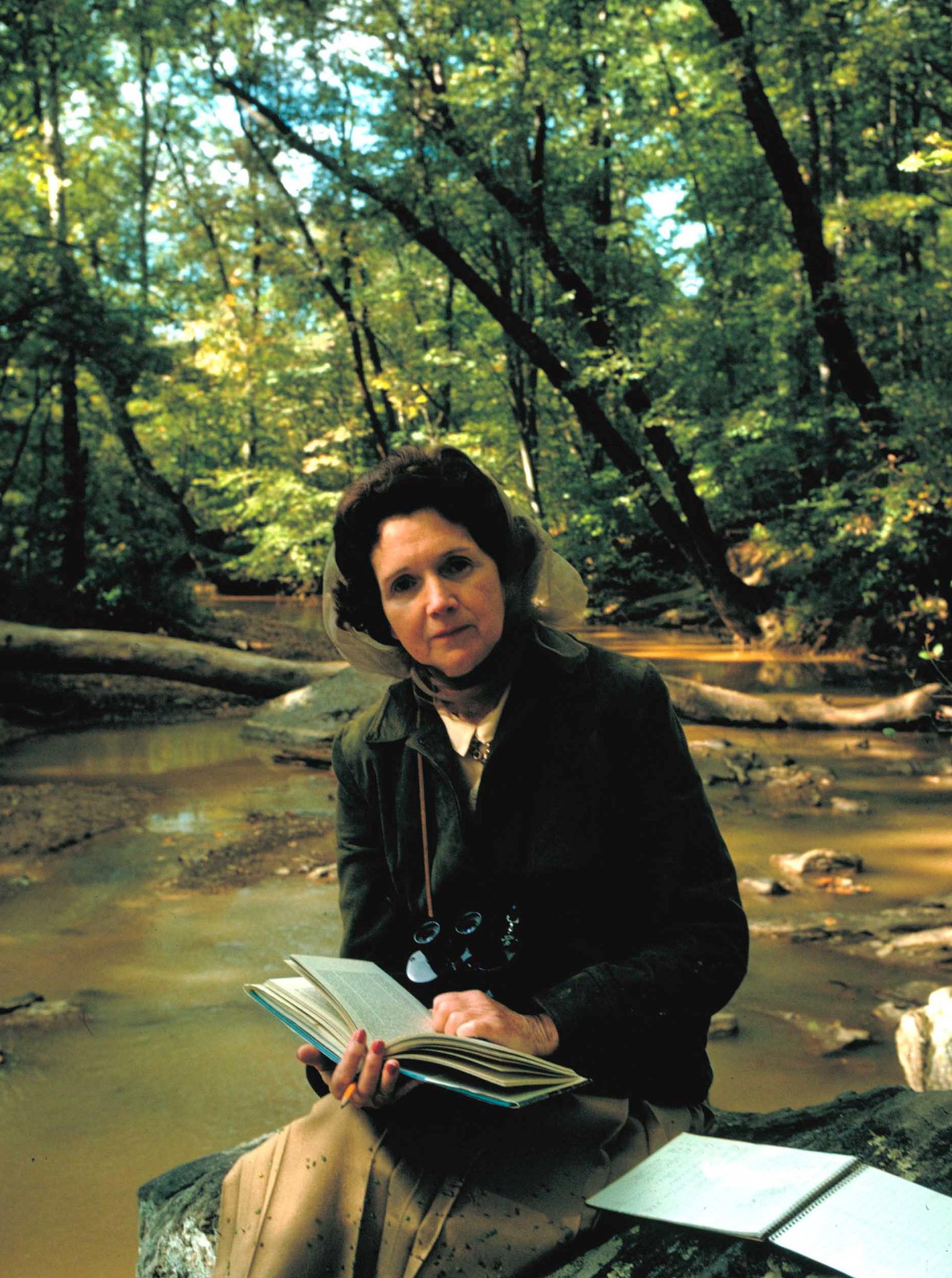 Additionally, Carson suffered from family problems. Strained family finances did not enable her to achieve a doctorate in zoology, and the death of her father and older sister left her as the family’s only wage earner. In response, Carson willingly took up responsibilities. She cared for her older sister’s orphaned children, moved in with her sickly mother, and continued to support her family with her work. Rachel Carson also had to overcome other unexpected challenges. In 1960, the author and marine biologist had a radical mastectomy, one of the many treatments she took in her 18-year-long battle with breast cancer, and the recovery was slow. Before long, Carson had begun to contract other illnesses, one after the other, including the flu, staph infections, rheumatoid arthritis, and eye infections. She was told that she had only “a matter of months,” and was terrified of dying before she could finish her book, Silent Spring. But if I have learned anything about Rachel Carson, it is her constant perseverance in pursuing her objective. She did not stop or condense her writing, as was suggested by many of her friends and editors. Rather, she pushed through and proved everyone who believed in her failure wrong by submitting to The New Yorker a nearly complete draft of the book in January of 1962. Even though the cancer had made her lose nearly all of her hair and her spine was beginning to collapse, she persisted on leading change. She wore wigs and remained seated in interviews, continuing, as always, to fight for the balance of nature.

Rachel Carson, you “have knowledge of things that are as nearly eternal as any earthly life can be.” It’s time for me to turn the page and begin a new chapter of my life – which starts with meeting you and will continue with an analysis of one of your most influential publications, Silent Spring.