“All their life in this world and all their adventures in Narnia had only been the cover and the title page: now at last they were beginning Chapter One of the Great Story which no one on earth has read: which goes on forever: in which every chapter is better than the one before.” (The Last battle, 1956)

My eminent person this year is Clive Staples Lewis, an author and novelist who has inspired many readers and other authors for the past 50 years. The quote describes his back story and insight for one of his many books “The Lion, the witch and the Wardrobe.”

Being one of the most well-known authors in the world, C.S Lewis had gone a long way. Starting from being in the army for WW1 to obtaining a chair in Cambridge University for Medieval and Renaissance Literature, his works and achievements enchanted the literary studies. Firstly, Lewis’ best-selling book, “The Lion, the Witch and the Wardrobe,” has impacted the world of literature dramatically, inspiring other authors such as J.K Rowling for the series “Harry Potter.” Followed by the best-selling books, there are movies based on the “Chronicles of Narnia” was one of the most recognized movies with over twenty nominations and won many awards. In the other hand, although Lewis is an admirable writer, before started his career he had gone through WW1 immediately after accepting a scholarship to Oxford University. After losing a close friend from the battle he pursued to move on and published his first book Spirits in Bondage a year later. Despite the hard time he had to went through, the first publishments were one of many to come. Lewis’ dream of continuously setting goals never fell on him, even if difficult times came, he would always find a way out; he never wanted to stop writing because it was his only way to escape and build a new world. “Chronicles of Narnia,” is not only inspiring to authors but it also targets the young audiences. The four characters in the story has passionate characteristics which presents the audience leadership, knowledge, beauty, and bravery. I believe that C.S Lewis is the father of literary writing, publishing inspiring books combined with notable writing. In the end, he is known all over the world for his famous publications and works, but one thing Lewis always had in mind was to never give up. 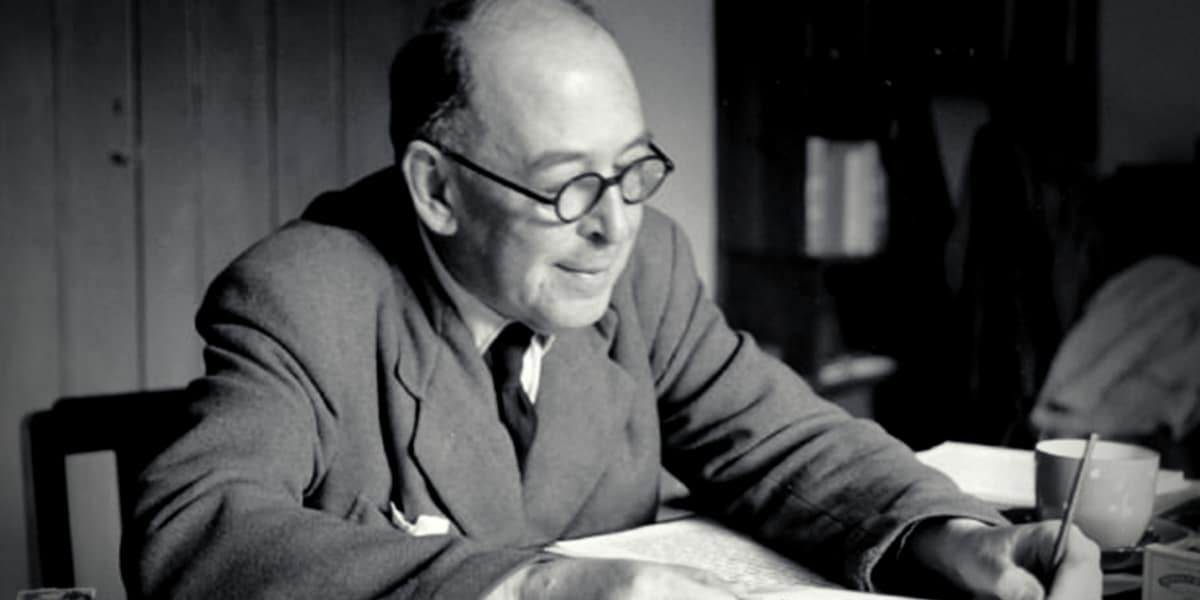 Not only did Clive Staples Lewis changed the literature with his books, but he was an inspiring and passionate individual. Watching “Chronicles of Narnia,” since I was little, I was always motivated to be like the characters. Being bonded to the characters in my first sight pushed me to be a leader and work hard through out my early ages of school. He also converted to Christianity in the middle of his writing spree. Even though I am not following his branch, I too am a Christian! C.S Lewis and I both desire God and write literary writing about the idea. We both wanted to go to Oxford University, but we didn’t because no one had a chance. He was a shy man but opened quickly when he spent time with people, which is something I have in common as well. Lewis was a creative person when it came to building stories. I believe that I am creative when it comes to music and physical motions. His stories were all inspired by three peers that stayed in the same house as him during the war; he took notes everyday wanting to build off from their flow. I would like to think myself a good leader with a bit of knowledge having a background of bravery topped with a hint of beauty. It took Lewis 10 years to write “The Lion, the Witch and the Wardrobe,” which takes major determination to finish. Like me, when I get work or a task to complete, I stick onto the idea and finish with it.

Lewis talked about all the important traits of a leader and a peer. Leadership, accelerated knowledge, bravery, and beauty in learning are all major traits that require to be met in the finishing months of TALONS. I hope that I can learn and grow from the inspiring traits he written in the book and apply it on my TALONS experience, community, and finals years. Couple aspects that might be a barrier to me and him is the gender, it would be hard to dress up like him on “The Night of the Notables”. Age would also be an issue because he died 50 years ago, therefore connecting with him will be difficult.

Moving forward, for the next post be prepared to ready about his early life and what happened in WW1 in detail. Thank you for readying my post and I hope you have a great day : )